Blog - Latest News
You are here: Home / These People Really Care About Fonts 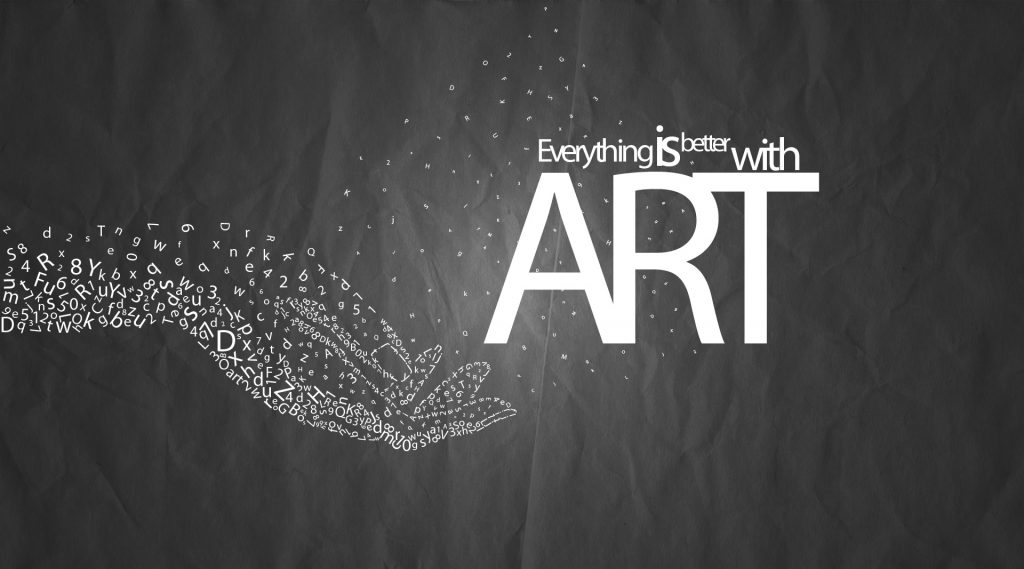 A regular mixer brings together designers and typography nerds who get consumed by spacing and serifs.

At TypeThursday, a monthly meet-up in cities including Los Angeles; London; and Bucharest, Romania, font designers critique each other’s letterforms over wine. They hold forth about negative space, consistent strokes and serif experimentation. The group’s website bills the gathering as “three hours of fontastic fun.”

But when dozens of professionals congregate to talk about their craft, things can get heated.

“Are those C’s exactly the same?” asked Evan Sult, an art director in Brooklyn, during a TypeThursday event in December in New York. He was examining a designer’s sketches for a Cuban restaurant’s logo. “They don’t look exactly the same.”

“And why should they be?” said Paul Shaw, a type historian who lives in Manhattan.

Typefaces are everywhere. The New York City subway communicates mostly in Helvetica. The lifestyle companies advertising in its cars may use another modern sans-serif font or, increasingly, something more retro. Many large tech companies have designed or commissioned their own house styles, including Netflix Sans, Airbnb Cereal, PayPal Sans, Uber Move and Google’s Product Sans.

Matthew Rechs, a business coach for type designers, whose arms are covered in ampersand tattoos, argued that a font can be a brand’s most potent signifier. For example, “if you try to imagine a bottle of Jack Daniel’s, or really any bottle, without the type on it, you’re left with very little to differentiate it,” he said. 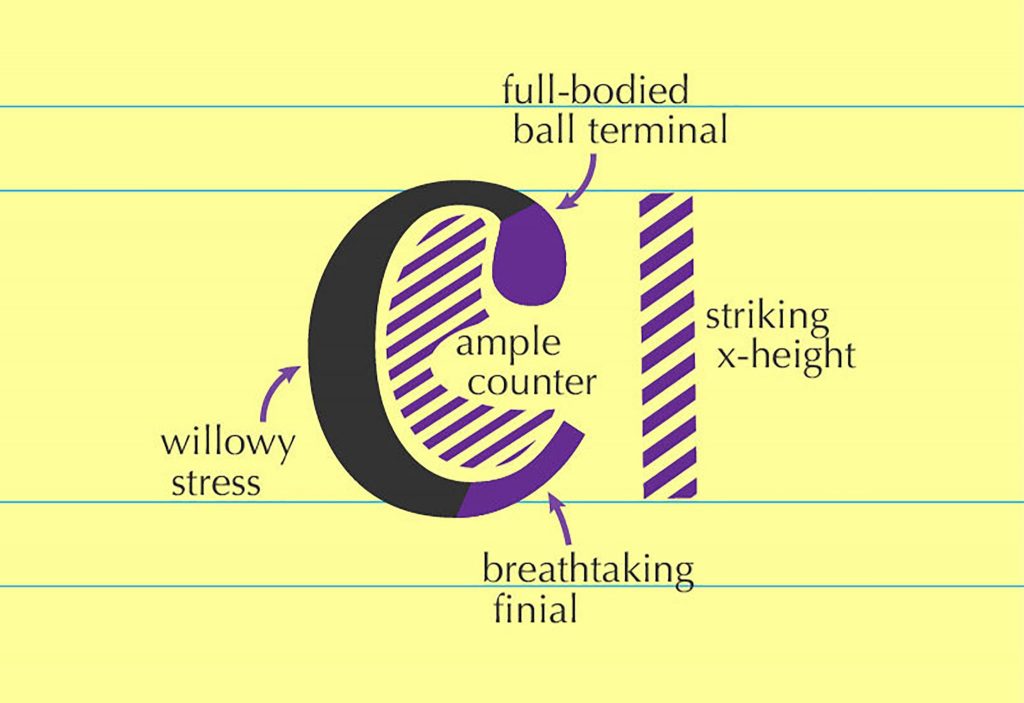 And it’s not just products. Political campaigns may be remembered or forgotten by their choices of fonts. Many of the 2020 Democratic candidates have picked Gotham-like typefaces, which could be a nod to the geometric font used by Barack Obama’s 2008 campaign.

Some were more daring. Before she dropped out of the race, Senator Kamala Harris had run her campaign in Bureau Grotesque or a font very close to it, according to Matthew Butterick, a type designer.

“It’s a little strange and funky looking, and it was used well by the campaign to set her apart,” Mr. Butterick said in a phone interview.

Though their fonts may be widely recognizable, the designers themselves tend not to be. TypeThursday, which began in 2015 at a Brooklyn bar and has expanded to eight cities around the world, is a place to put a face to a typeface. And to vent. Because even in the digital age, making fonts is time-consuming, human labor.

“Typography passes for being invisible,” said Jonathan Hoefler, 49, a star designer who has created typefaces for Apple and the 2012 Obama campaign, in a phone interview. “People really don’t think about the fact that typefaces are indeed made by people.”

Juan Villanueva, 31, a designer at Monotype, one of the world’s largest type foundries — as they became known when typefaces were forged out of metal — said that it takes him anywhere from a month to a couple of years to complete a full digital alphabet, beginning with sketching letters in his notebook.

“It’s our job to find subtle differences between each design and see what works specifically for one client or brand,” he said. One of his first tasks at Monotype was to create the Bitcoin symbol for Noto, a Google initiative to create a font family that supports every language.

A lot of Mr. Villanueva’s work involves drawing the same letters over and over at his desk, obsessing about kerning, the squeezing of space between characters.

“It only feels isolating afterward, when you realize you haven’t talked to people for five hours,” he said.

TypeThursday, Mr. Velimirovic said, is both a needed social reprieve and an opportunity for designers to get positive feedback from their peers. That second part is crucial, he said, because typography tends to be an individualist and hypercritical field in which peers regularly try to outwit one another. At TypeThursday, he has made a point to discourage such behavior and foster, instead, a culture of constructive criticism.

“It’s a place where you can go and know that people aren’t going to walk all over you,” said Mr. Velimirovic, who got his first big contracts through friends he had met at the event, eventually taking the reins of the New York monthly meet-up. It now takes place in the offices of the Type Directors Club, a nonprofit that promotes education in type.

Harrison Jude, a graphic designer who attended the event in Manhattan in December, said TypeThursday helped him connect with fellow type lovers whom he would not have otherwise met. At his first meeting, in 2018, a presenter got called out by someone in the audience for a minor typo in his PowerPoint presentation. 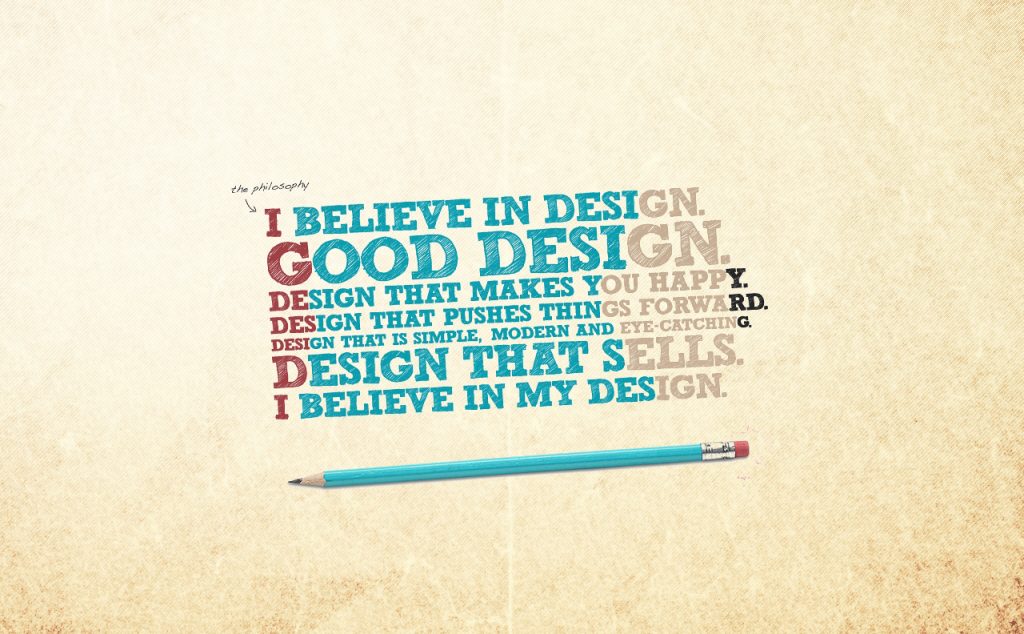 How to use Real Estate Postcards to market your business 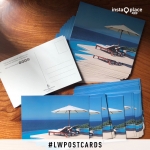 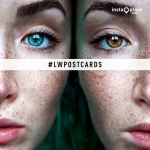